The Deadened Maiden and Her Voyager 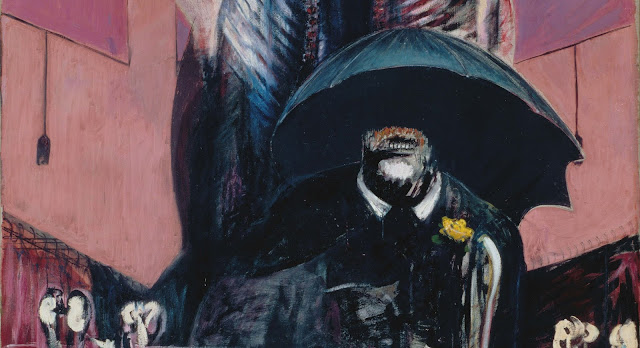 Alone and without experience, there arrives two discreet individuals. A lowly boy, and a lowly girl, looking for love, looking to feel good. Their minds were too fluid, their emotions uncontrolled. They did what they loved, but knew not what it is that they loved. They looked for someone else to solve their problems.

Her life alone in the wells of the deep,

She looked far and wide to help those in need

Her lust was for commonness.

The Voyager, a brash individual

Lead by example, and with anger

His past held his life

He lived surrounded by danger.

Stress plagued their minds in the ballroom.

The air was filled with pretentiousness.

The Voyager entered the room with an aura of difference.

His mind fixated on licentiousness.

The maiden's eyes searched for someone.

She searched and searched, looking for a reason to exist

There he stand, broken and unnerved

The Voyager's stern look for acceptance, penetrated the Maiden's soul to assist.

Their love was immediate

Their love was intense

Their past emotions lead them astray.

They looked at one another

They thought of each other

They left together that day.

The minds of the youth lead them to eachother. Their lives in the hands of one another, no one else was there to ascertain. They leave with dumpster loads of disabled thoughts, leading their minds into an internal conflict. They lay there wondering what the other is thinking, almost without knowledge of themselves. They lay thinking how to feel. They lay destined.

The next morning arrived

The Voyager's drunken mind was half asleep.

Her innocence was lost that night

An unwanted slope was steep.

The Voyager left for work that morning

His fears for life endure

On a ship he lay

His father the captain

His father, the one who left

Hallucinations he was trapped in.

His mother was his only support

He loved her for it.

His mother held down his fort

He looked up to her for it.

His mother did drugs for sport

He knew this wasn't true.

His mother sent him to court

In the valley, the maiden's heart

Her mother always said she was smart.

Her father left her when she was young,

The song of the world is what she sung.

The compliments were enough to remove

She saw what the world was

The thieving intelligence of meaninglessness

Depression knew her just because.

There was anxiety in the two

They looked at once to each other

Not knowing their place in this unforgiving world

Their passing hearts put together.


They looked to solve their issues

Their themed dance brought them discovery

Holding their hands was the cure for life

In the future was their recovery

The dire lift of the souls once bled

Drifting a singing fowl once dead

The dingy draft of the incredible light of reality

Their souls touched the hand of the almighty snow

Believed together, they're below.

Catching wind, the light of the tyrant bled her eyes into submission. His fierce fragility brought the maiden to her frail knees. Her life, undetermined, quickly became his. His wrath for lack of being cared for, made its emotion crudely onto a drywall. The indescribable inaudible cries for help lead the audience into multiple paths. The Voyager unable to accept responsibility. There lay his Maiden, in her best outfit, the voyager looks to her, unafflicted.

the obsessed mind of his aggress.

The boy destroyed the array of toys

No money in his corduroys

He lost his job beginning to sob

Their knob lob, her eyes throb

A squab man looking to rob

The voyager stood at a slob.

Unexplored emotions are what created this.

Their lives influenced by miss white,

The robber is what they missed

The robber was a friend looking to help.

The robber overheard an argument

The Voyager and his Maiden couldn't handle it

They thought the robber was starting it.

Their guilt overtook their hearts

The Voyager's hatred for himself

This leaves us with today. There lives one lowly couple, their lives dependent on one another. They're here living, knowing not what to do. They've pushed away their loved ones, having left a room of undescribed love.

they lay dead in the graves of their misfortune.

A life once full of opportunity

The devil's deed is done

A sister learn to cry.

Mourning for their loss

A loss in relationship

The opportunity of tomorrow still stand.

I see them becoming what they once were

Her lover and life breathe in sight, the maiden and the voyager breathe together

Forgiving them finally before we go to the sky.