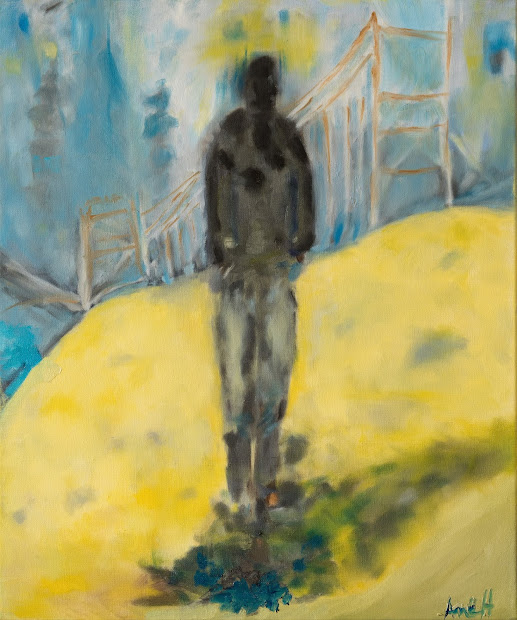 Above the heavens was an ocean
In the ocean there were the drowns and sorrows of the world
From the rain there came the sorrows
And the rain held the secret to living
Dante slowly walked up a bridge
From his mind, there came a painting of rain
The rain was his mind. It was in his mind and his mind was him.
His trudging boots were worn and worthless.
On the bottom was a hole.
The rain from around him flooded his sole.
His feet were broken and worn.
No one knew where he was,
It was 3am on a Tuesday morning,
Dante held his empty pocket aggressively
On his left hand was a beautiful ring, but it had lost its reason.
Dante was now at the top of the bridge.
"Why is it that even whenever everything is right, wrongness eventually takes over?"
Dante took off his ring and threw it at the river, almost trying to harm it. He felt like half a man.
His mind was warped to an anger.
He stayed up on the bridge.
His mind was forcing him to think about everything.
In the distance the sun began rising.
The sun, shining that everything was still going, which made Dante mad.
As the sun came up, Dante cursed it out, over and over.
He was so angry, and his mind wasn't focused.
But as much as he tried, the sun kept rising.
Dante eventually lost his breath.
He stopped for a minute.
The sun kept rising, and what followed was the most beautiful light Dante had ever seen.
He realized he never paid attention to the sunrise before.
The light encompassed the entire river in bright orange and pink.
Dante began crying.
The sun shined a new life to the world around him.
His skin began feeling warm as hope began running through his blood.
Dante put on a face of determination, for the reason of making her happy.
He left, and buried her.
The next week left him feeling empty.
But eventually, he figured everything out.